The Indian Space Agency (ISRO) is about to launch the Chandrayaan-2 lunar probe. Takeoff on board the Indian launcher GSLV Mk-III is scheduled for the night of July 14-15.

The Chandrayaan-2 probe includes an orbiter equipped with several observation instruments, as well as a lander which will attempt a soft landing near the south pole of the Moon. This is a strategic mission for the Indian Space Agency (ISRO) which will thus achieve for the first time a controlled landing to move along a rover on the surface of our natural satellite.

AMOS contributed to this mission by producing the optics of the hyperspectral instrument (IIRS) on board the orbiter. This infrared imaging spectrometer is intended to map the mineral and volatile compounds and to characterize the abundance of water and hydroxyl ions of the lunar surface. 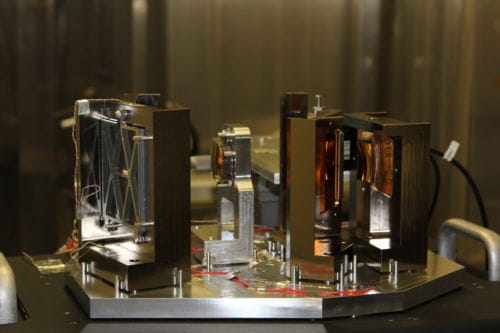 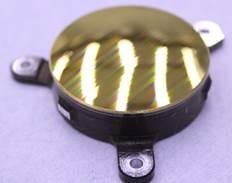 According to Philippe Gilson, General Manager of AMOS, ” The very high precision optics manufactured for the IIRS in the AMOS workshop include 6 mirrors, a slit and a blazed diffraction grating . The latter, convex and with multiple blaze angles, is a unique component that makes it possible to obtain excellent diffraction efficiency over a very wide spectral range (from 0.8 μm to 5 μm). The tests carried out successfully by our teams at the Liège Space Center have demonstrated the excellent performance of the complete instrument under vacuum at -33 °C. The set was delivered to ISRO’s Space Application Center in 2018. This success reinforces AMOS’ position as an international leader in the field of space hyper-spectral instrumentation. ” 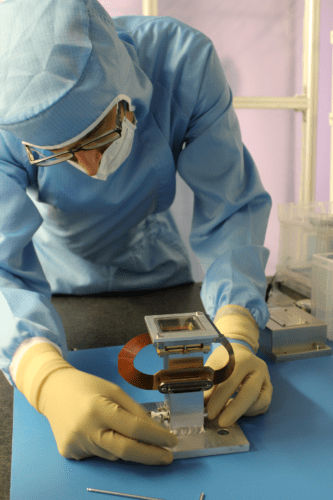 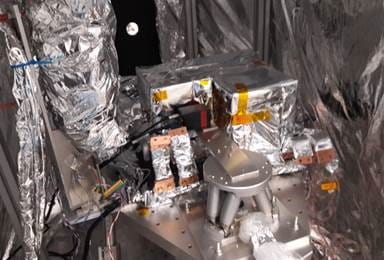