AMOS delivered to Airbus Defense and Space the last mirror of the European space telescope EUCLID. This is the 5th silicon carbide mirror polished by AMOS for this revolutionary scientific mission. 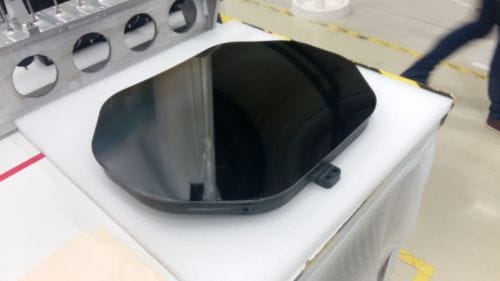 EUCLID is a space telescope designed to study the Dark Universe. It will map the 3D distribution of two billion galaxies distributed over most of the sky and the dark matter associated with them. EUCLID should be launched in mid-2022 from the Guiana Space Center in Kourou.

As for Gaia, AMOS was chosen by Airbus and ESA to manufacture all EUCLID flight mirrors downstream of the primary mirror. These mirrors are made of silicon carbide, one of the most stable materials, so that they retain their shape despite the extreme conditions encountered in space. They were polished with a surface roughness of 1 nanometer (one nanometer is equivalent to 1 billionth of a meter). Such precision means that a human hair lying on the surface would be 50,000 times thicker than the residual roughness on its surface.

Philippe Gilson, CEO at AMOS, said: “It is exhilarating to be able to contribute to this extraordinary mission which will undoubtfully allow us to lift the veil on the greatest current mysteries of cosmology, including in particular the nature of dark matter and of dark energy which constitute 95% of the content of the Universe and of which we know almost nothing. We thank ESA and Airbus for the trust they once again showed in the skills and commitment of the AMOS teams. ”

The last mirror, delivered at the end of June, is the tertiary mirror (M3) of 600 mm. It alone represents a technical feat since only two companies in Europe master the polishing techniques necessary to erase the last defects at the nanometric scale (2 to 3 atoms) of silicon carbide. Its figuring and polishing lasted several months and required the application of several highly sophisticated mechanical, chemical and plasma physics processes developed by AMOS.

In addition to the five flight mirrors delivered for EUCLID, AMOS also designed and produced the 1.2 m diameter collimator which will test the complete telescope in vacuum at the Liège Space Center. 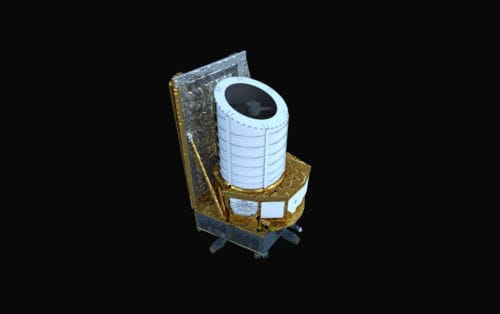