Cover: Illustration of the MetOp-SG A spacecraft carrying the SENTINEL-5/UVNS instrument (Credits: ESA)

The Liège-based company AMOS has just delivered to TNO the last set of 5 mirrors for the UV-1 spectrometers of the Sentinel-5 instrument.

SENTINEL-5 is a European Earth observation mission developed in support of the Copernicus program of the European Commission. This mission includes a single instrument: a broadband spectrometer (UV-VIS-NIR-SWIR) observing the Earth in nadir mode. It will fly on board the MetOp-SG A satellite operated by EUMETSAT as part of the EPS-SG system (EUMETSAT Polar System Second Generation).

The main objective of the SENTINEL-5 mission is to carry out atmospheric measurements, at high spatio-temporal resolution, relating to air quality, the climate system, ozone and UV radiation, while ensuring a daily global coverage.

The instrument’s prime contractor, the Dutch TNO, chose AMOS following the success of a previous contract for the TROPOMI instrument, the precursor of Sentinel 5 currently in orbit, for which AMOS had already supplied the aluminum mirrors.

This time, AMOS ‘contribution was to manufacture and polish 5 sets of four different mirrors, as well as some spare mirrors, for the spectrometers of the Sentinel-5 mission.

The two main challenges of this project were that some of these mirrors had complex shapes (also called “free form”), very different from classic geomtries such as a sphere or a parabola, and that the requested surface finish was even more demanding. Special figuring and polishing techniques were therefore required to achieve a surface accuracy of 5 nm (5 billionths of a meter) and a residual average roughness of 0.5 nm (half a billionth of a meter). When we know that the diameter of an atom on the mirror surface is around 0.3nm, it gives an idea of ​​the extreme precision of the polishing process.

This success once again underlines AMOS ‘ability to meet the technological challenges imposed by the most ambitious space missions. 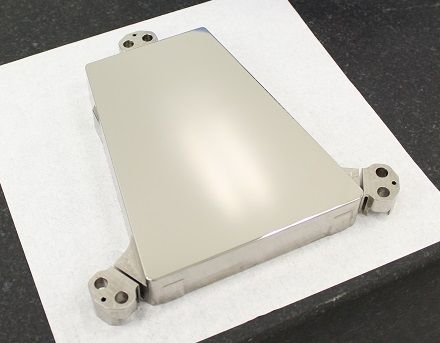 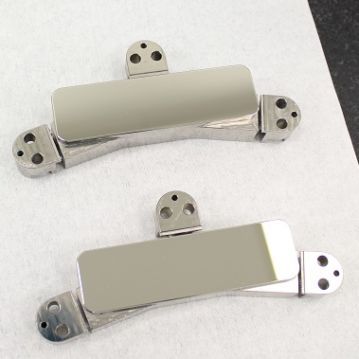 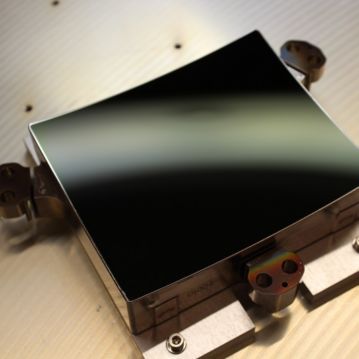 Example of a mirror ready for delivery