In the next decade, professional astronomy will go through a major revolution when a new generation of giant observatories will start observing our Universe with unprecedented power.

Among these new colossal scientific instruments, the Giant Magellan Telescope will probably be the first to start operations, as its commissioning is planned in 2023. With a global primary mirror diameter of 25 meters, it will have a resolving power 10 times greater than the Hubble Space Telescope.

The GMT project is led by an international consortium of leading universities and scientific institutions and is coordinated by the Giant Magellan Telescope Office (GMTO, based in California) which is currently placing contracts for the design of the main subsystems. The largest procurement is the 1400 tons metallic structure (the Mount) that will constitute the telescope skeleton. It will have a height of 39 m and a width of more than 26 m.

GMTO has just awarded contracts for the design of the Mount to two independent consortia. One of them, led by MT Mechatronics GmbH (Germany), includes AMOS as major subcontractor. The Belgian company will be in charge of designing:

The third member of the consortium is Ingersoll, which will handle in this first stage the planning of most of the manufacturing activities of the GMT mount.

Philippe Gilson, CEO of AMOS, declared: “This contract is a new proof that AMOS is internationally recognized as a reference for the design and manufacturing of professional telescopes. We look forward to working for GMTO with such talented companies as MTM and Ingersoll whose strengths are particularly complementary to the AMOS opto-mechanical expertise. Now, it’s up to us to convince GMTO to select our consortium at the end of the design stage, to manufacture the Mount and erect it in the Las Campanas Observatory in Chile.” 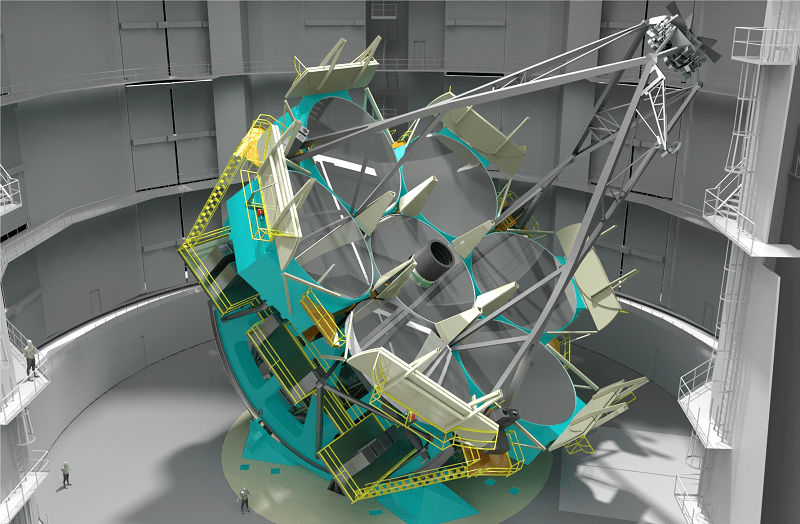 Telescope 3D drawing. See the people at the bottom left for a sense of scale (Credits: GMTO) 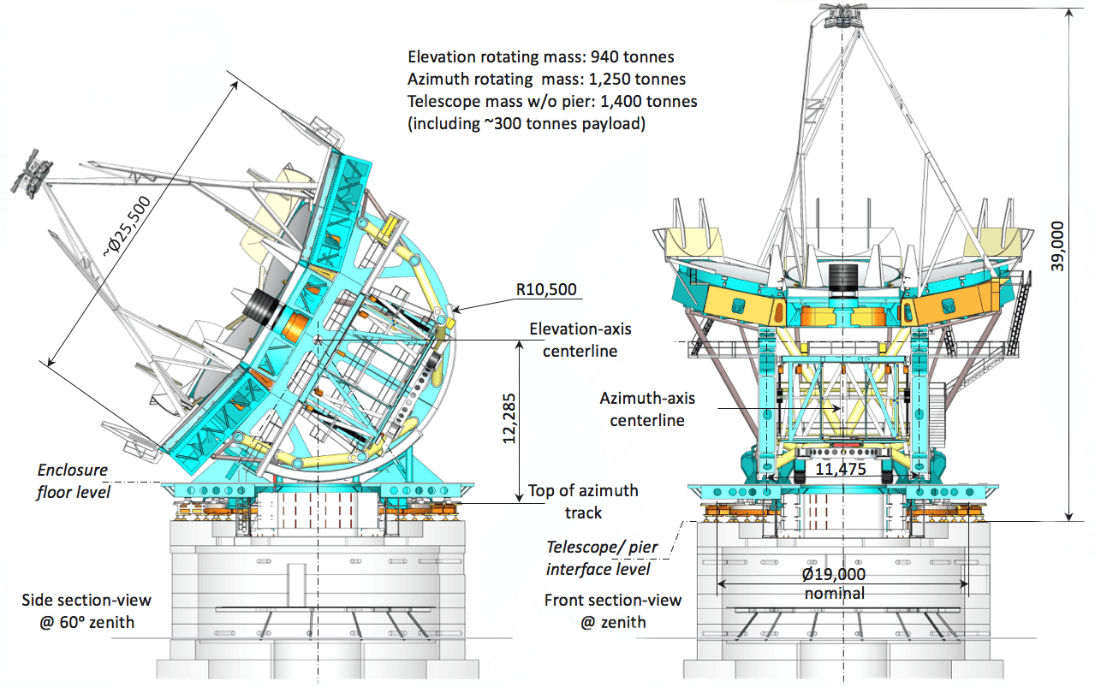