The drive and bearing technologies have a major impact on the static and dynamic performances of a steerable telescope. Furthermore, there is strong evidence that merging drive and bearing functions into friction type mechanical devices (‘bogies’) reduces the complexity and cost of the design and allows to constrain the telescope in an hyper-static mode, without jeopardizing the telescope operation itself.
This vision led to the requirement of a breadboard of this technology (FCB), that would be representative of the load/size of next generation telescopes, and that would allow to quantify the static and dynamic performance of the mechanical structure, the achievable angular resolution, the optimal distribution of loads and stresses and the RAMS performance.

AMOS demonstrated through this breadboard that a clever control of the bogies allows that system to reach the target specification, something that was previously considered as unlikely. 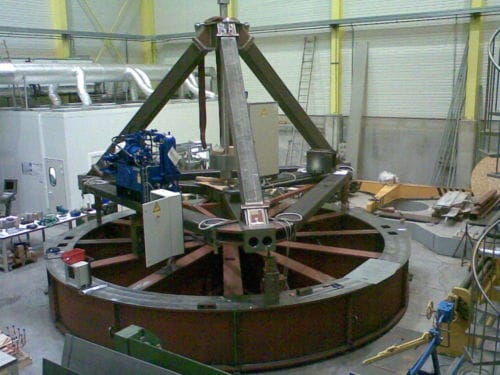 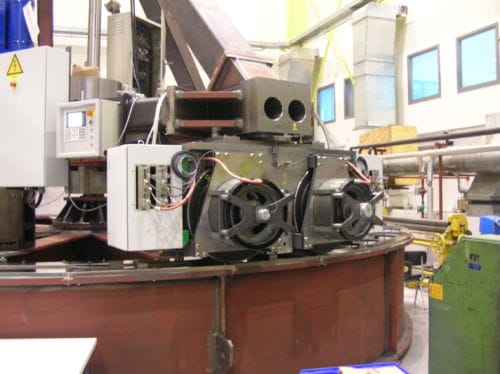 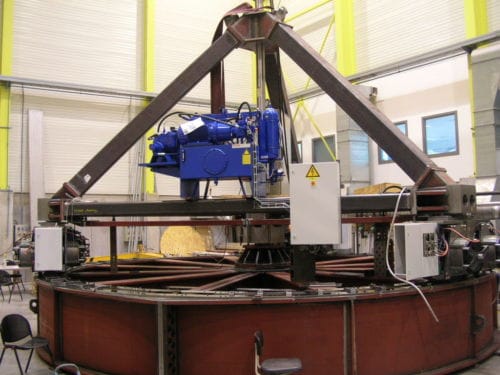