4m telescope for the Eastern Anatolia Observatory(DAG) in Turkey

This is a major project for Turkey (fully funded by Turkish Ministry of Development and the Atatürk University of Astrophysics Research Telescope – ATASAM) whose largest telescopes currently in operation do not exceed 1.5m in diameter. This development will allow the country to position itself favorably in the concert of the leading nations in astrophysics. Installed at an altitude of 3170m on the Erzurum Plateau, near the town of Erzurum, Eastern Anatolia, it will be the largest telescope of Turkey, and incidentally from the Asian continent.

The DAG telescope is a 56 m focal length 4 m primary mirror Ritchey Chrétien configuration working in the visible and near infrared wavelengths. It is equipped with two Nasmyth focii that can be selected thanks to a steerable tertiary mirror. While one Nasmyth focus will provide seeing limited image quality, the other one will be equipped with an adaptive optic system in order to reach diffraction limited performances. This requires specific design provisions and the implementation of state-of-the-art equipment such as the active optic system. The optic active system combines the control in position the secondary and tertiary mirror thanks to two hexapods and the correction of the shape of the primary mirror thanks to the 66 force actuators that support the mirror all along the operation. 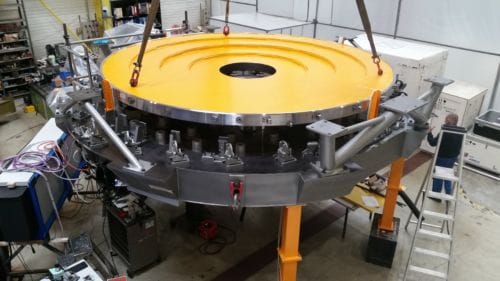 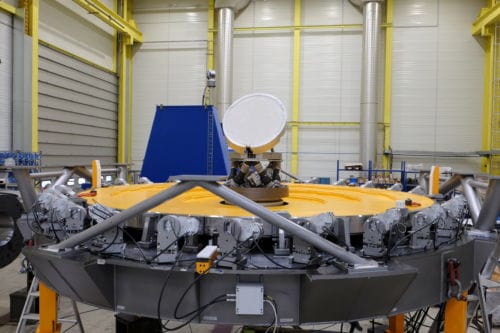 M3 unit atop the mirror cell in AMOS 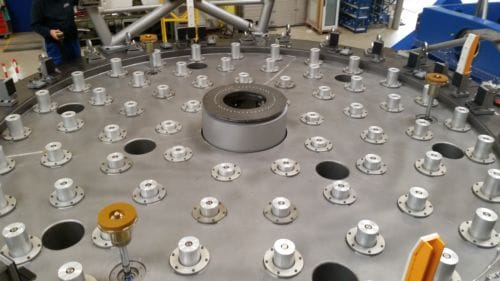 Mirror cell during assembly at AMOS

Major sub-contractors are involved in the project since the beginning of the study, amongst others: EIE group for the telescope structure and the on-site installation and SCHOTT for the 4 m diameter ZERODUR blank production. 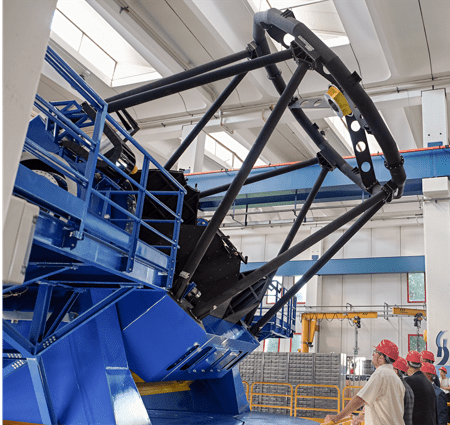 Telescope structure in construction at EIE 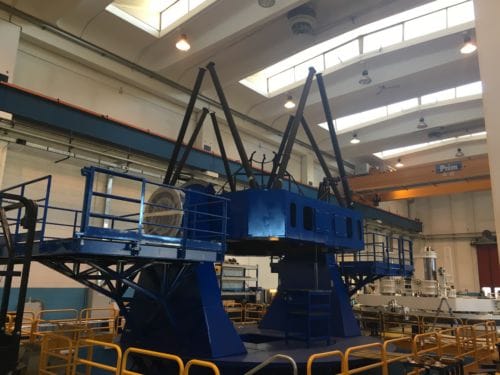