The Daniel K. Inouye Solar Telescope (DKIST) is the world’s next largest solar telescope. It was constructed by AURA, the Association of Universities for Research in Astronomy on top of the Haleakala mountain on the Maui island in Hawaii, and started its operations in 2019.
With a primary mirror of 4.2 m in diameter, DKIST – formerly called Advanced Technology Solar Telescope (ATST) – will dwarf by its size previous solar telescopes. It is packed with complex technologies in order to capture very detailed images of the sun’s constantly-changing surface with a resolution twice better than former solar observatories. It is an off-axis telescope, equipped with an active and thermally-controlled primary mirror and adaptive optics.

AMOS was contracted the design and manufacturing of the primary mirror cell. The cell is an active cell carrying a thin mirror: 10cm thick for a diameter of 4.2m. It uses 142 hydraulic and pneumatic actuators to keep the mirror in the proper shape. More challenging was the thermal control of the heat, as the mirror is directly exposed to solar radiation. The cell has thus to keep the mirror at ambient temperature and avoid any thermal gradient across the mirror. 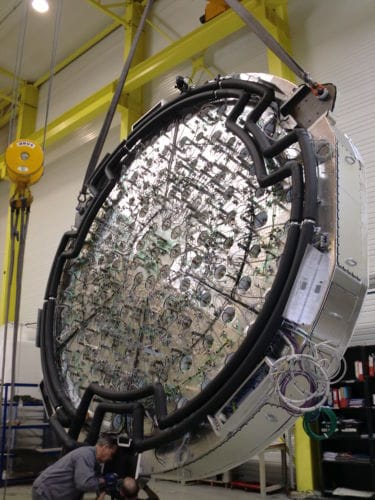 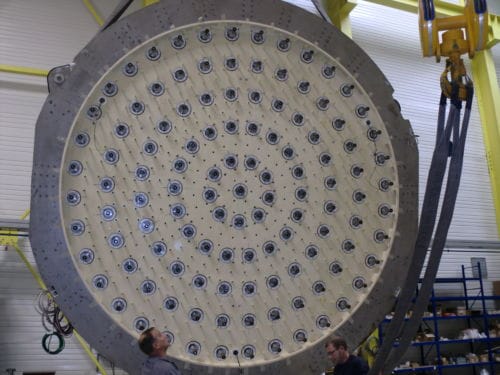 A key element of the telescope, the primary mirror cell has been completely designed and manufactured by AMOS in Belgium. It consists ina 9-ton high-precision electro-mechanical subsystem which guarantees that the 4.2 m primary mirror keeps its exact position and shape in all circumstances, despite continuously changing orientations and temperatures. 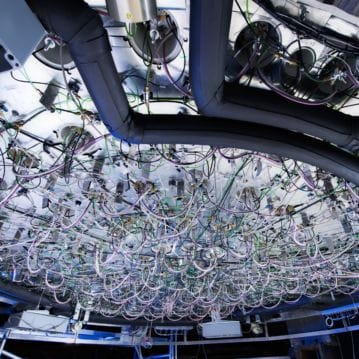 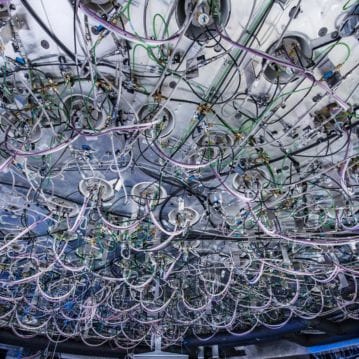 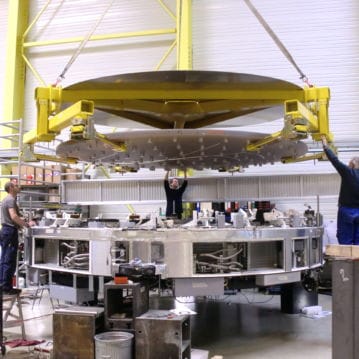 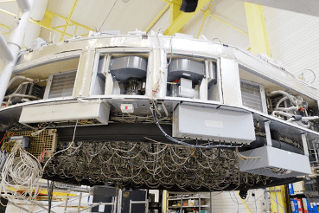 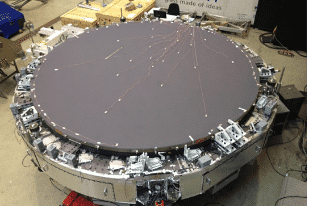 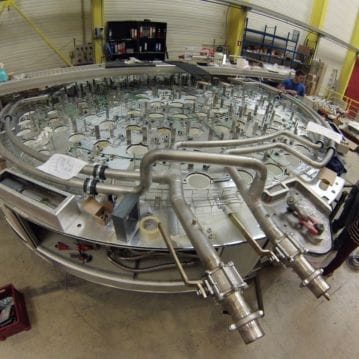 After a successful Factory Acceptance Test in January 2017, AURA formally accepted the mirror cell and its handling equipment in the AMOS facilities, and authorized their shipment to Hawaii where they arrived at the end of June 2017. The cell is now integrated and tested in the telescope. 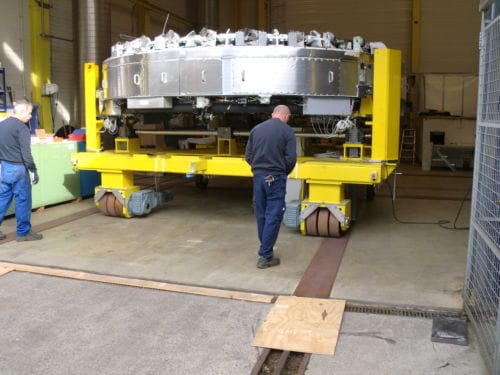