AMOS realized the design, manufacturing, assembly, tests and on-site installation of what is today the largest optical telescope in operation in Asia: the 3.6m Devasthal Optical Telescope. This telescope, located in Nainital in the Uttarakhand province at an altitude of 2540 m, is operated by ARIES (Aryabhatta Research Institute of Observational Sciences).

This cutting-edge telescope is equipped with a primary mirror of 3.6m in diameter. It weights 150 tons, is 13-meter high. The primary mirror is an thin active mirror, meaning that its shape is dynamically adjusted in order to compensate for the various perturbations that could affect the mirror shape like gravity, temperature gradients or the effect of winds.

The telescope reaches on-site a resolution of 0.4 “, thanks to the good seeing of the site.

The telescope has a Ritchey-Chrétien optical configuration with a Cassegrain focus equipped with one axial port and four side ports. 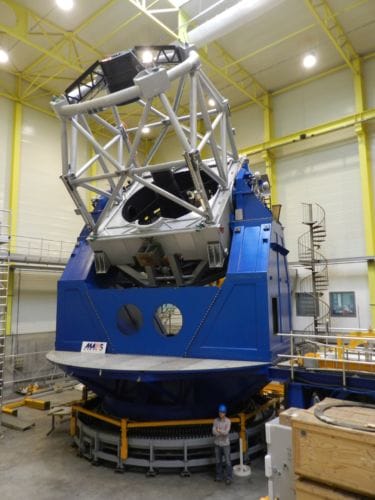 The telescope commissioning was completed in 2015 and it was officially activated on March 30th, 2016 by India Prime Minister Narendra Modi and by Belgium prime Minister Charles Michel. 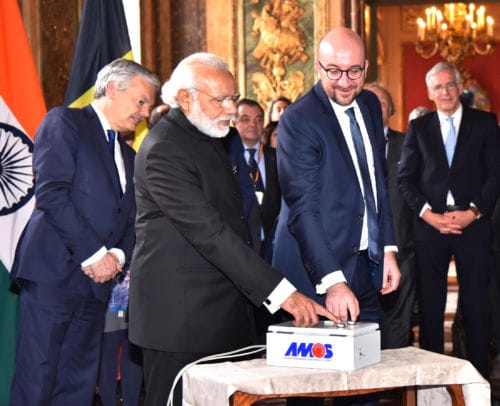 The Prime Minister, Shri Narendra Modi and the Prime Minister of Belgium, Mr. Charles Michel, during the Remote Technical Activation of India-Belgium ARIES telescope, in Brussels, Belgium on March 30, 2016.

The primary mirror is a meniscus active mirror. It includes an adaptor/rotator at the Cassegrain focus. 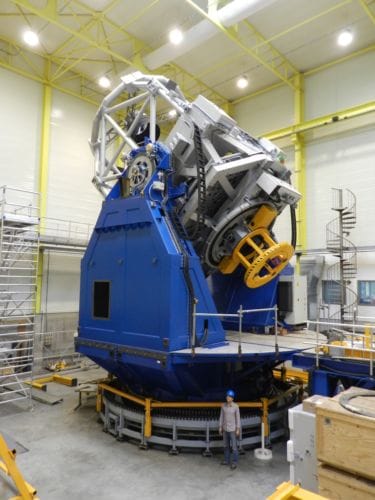 Devasthal 3,60 m telescope in AMOS workshop – the rotator is seen in the back. 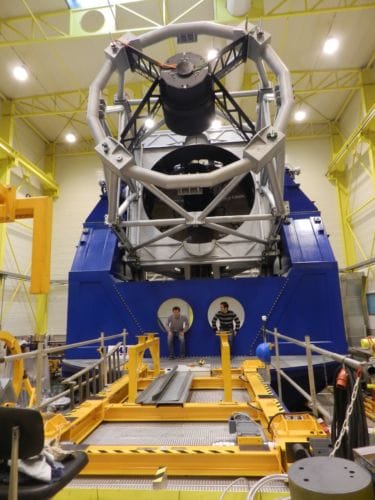 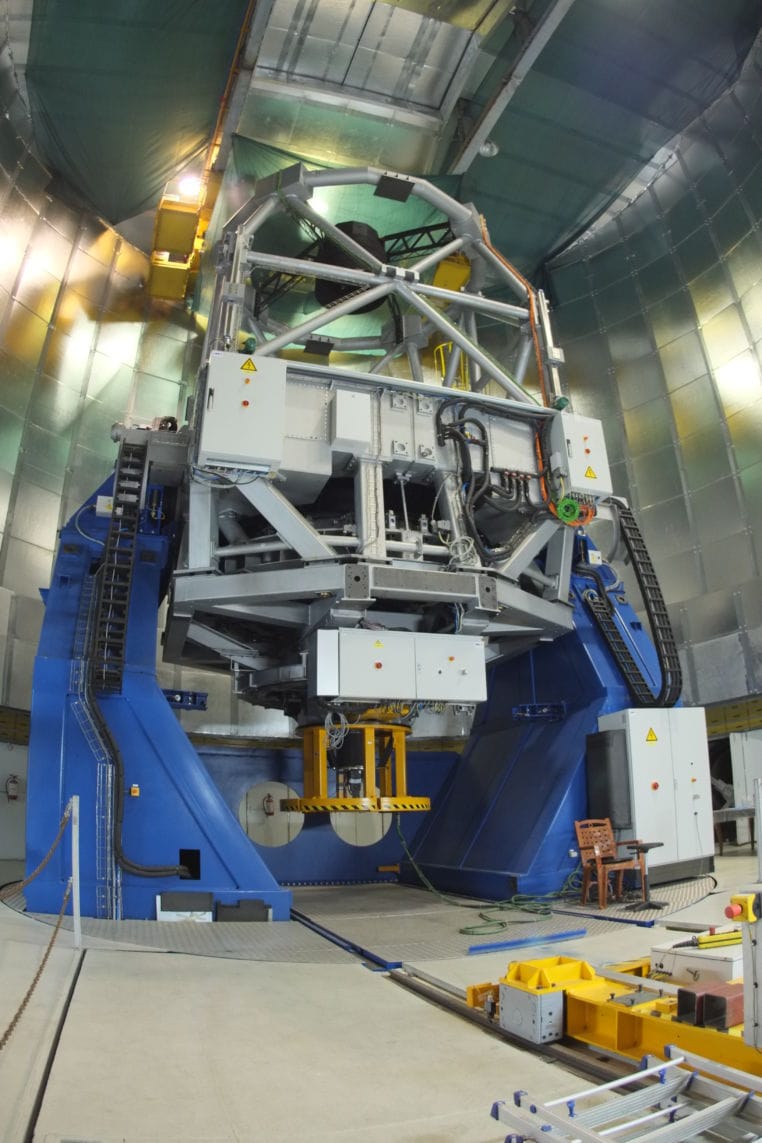 DOT telescope installed in the observatory