The project consists in the development of 2 Optical Ground Support Equipment (OGSE) for the MTG mission:
– The Geometrical and Spectral Test Assembly for vacuum tests (GESTA)
– A simplified version of the GESTA for ambient tests (ASP-MT)

These OGSE’s are used for optical measurements during the alignment and test phases of the Infra-Red Sounder (IRS) instruments accommodated on the Meteosat Third Generation sounding satellites (MTG-S) developed by OHB.

The GESTA will operate in the vacuum chamber for the optical characterization of the IRS instrument, whereas the ASP-MT will operate in ambient cleanroom conditions during AIT and at the launch site in Kourou. AMOS is the prime contractor of this project, Centre Spatial de Liege (CSL) and Bertin Technologies are subcontractors each developing specific subsystems.

AMOS exercises its main expertise as system integrator of opto-mechanical systems as well as in the manufacturing of high accuracy optical support & collimator assemblies. Each of the 2 OGSE’s include a 4-mirror collimator (diameter of 400 mm) fully manufactured and integrated by AMOS. 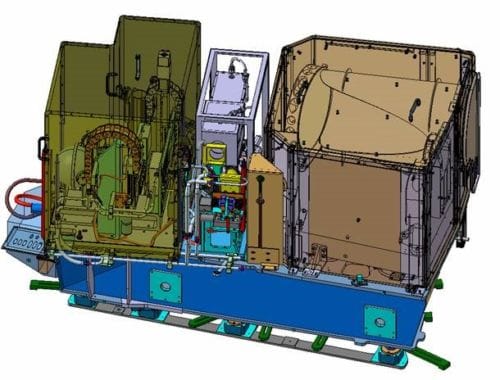