Derotator and mirrors for earth observation

Airbus Defence and Space selected AMOS to deliver critical parts of the METimage Earth Observation optical instrument for the second generation of the EUMETSAT Polar System. The METimage instrument described herein will be developed by an industrial team led by Airbus Defence and Space GmbH on behalf of the German Space Administration DLR with funds from the German Federal Ministry of Transport and Digital Infrastructure and co-funded by EUMETSAT under DLR Contract No. 50EW1521.

METimage is a visible and infrared imaging spectro-radiometer which will be embarked on the series “A” of the METOP Second Generation weather satellites. These three polar-orbiting spacecraft will provide detailed information on clouds, cloud cover, land surface properties, as well as oceans, ice, and land surface temperatures, contributing to future improvements to meteorological and climate forecasting. The launch into a sun-synchronous orbit is planned for 2021.

The telescope will be made of strongly aspherical and lightweighted zerodur mirrors in order to meet the stringent instrument size and mass constraints.

The derotator will be composed of a set of flat mirrors assembled on a rotating structure. The purpose of this complex opto-mechanical sub-system is to ensure a regular imaging geometry on the detectors over the full angular range realized by the scan mirror.

Both projects require AMOS to manufacture optical elements with the ultimate precision. The surface accuracy of those components should be down to a few nanometers, while the roughness shall be better than 0.4 nm. This means that the “bumps” and “digs” on the surface shall be smaller than the diameter of 2 atoms on average ! 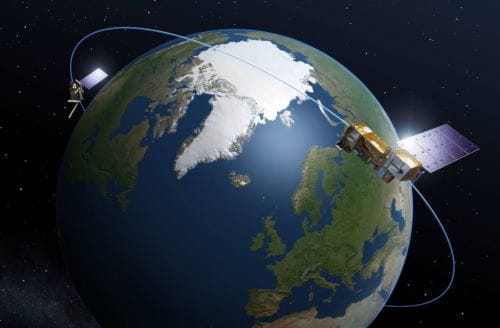 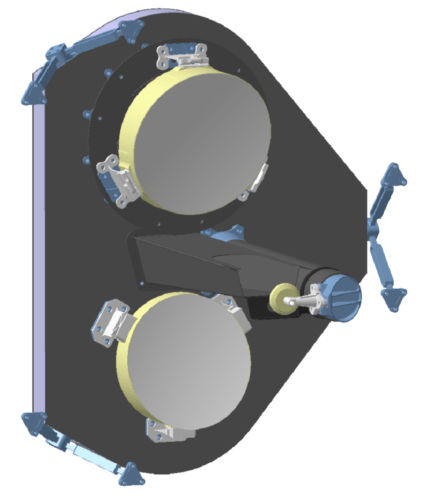 METimage telescope, with the three mirrors to be made by AMOS in light blue (© Airbus Defence and Space) 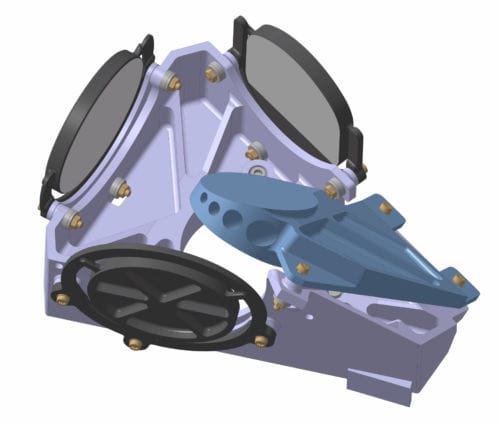