Today (07/06/2021) AMOS has delivered to OHB (München – Germany) an optical instrument for the testing of the next-generation of meteorological satellites. The ASP-MT (a simplified geometrical and spectral test assembly for ambient tests) is used for optical measurements during the alignment and test phases of the IRS instrument (Infra-Red Sounder) accommodated on the MTG-S (Meteosat Third Generation sounding satellites) developed by OHB.

The ASP-MT will operate during the IRS assembly, integration and test phase as well as at the launch site in Kourou. AMOS is the prime contractor of this project and has developed a dedicated 4-mirror collimator (diameter of 400 mm) as well as the system support structure architecture, all fully manufactured and integrated by AMOS. CSL (Centre Spatial de Liege) is a subcontractor and has developed a gas cell and gas exchange sub-system for the ASP-MT.

AMOS exercises its main expertise as system integrator of opto-mechanical systems as well as in the manufacturing of high accuracy optical support & collimator assemblies. 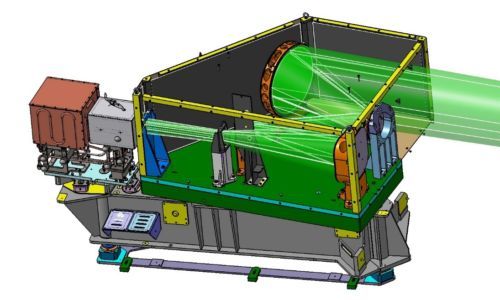 In parallel, AMOS is working on completing the GESTA, the ASP-MT bigger brother, a geometrical and spectral test assembly for the tests under vacuum of the IRS at CSL. 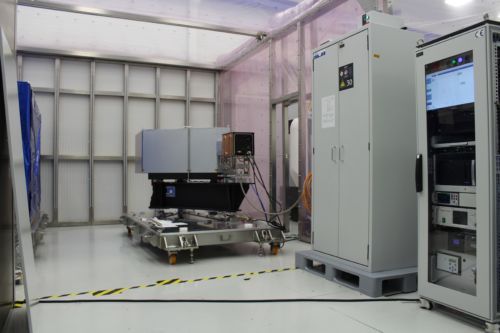 The METEOSAT THIRD GENERATION space mission, MTG in short, is the new generation of European meteorological satellites, which will soon replace the Meteosat Second Generation spacecrafts in operation since 2002.

With twin satellites in orbit and new technologies on board, MTG will provide more accurate and more frequent data to greatly improve the quality of our daily weather forecasts. In particular, one of the twin satellites, MTG-S, will embark an Infra-Red Sounder (IRS) designed to provide 4-dimensional information on humidity, temperature and winds, with a spatial resolution of 4 km and a temporal resolution of 30 minutes. This will be particularly useful to improve warnings on location and intensity of thunderstorms.